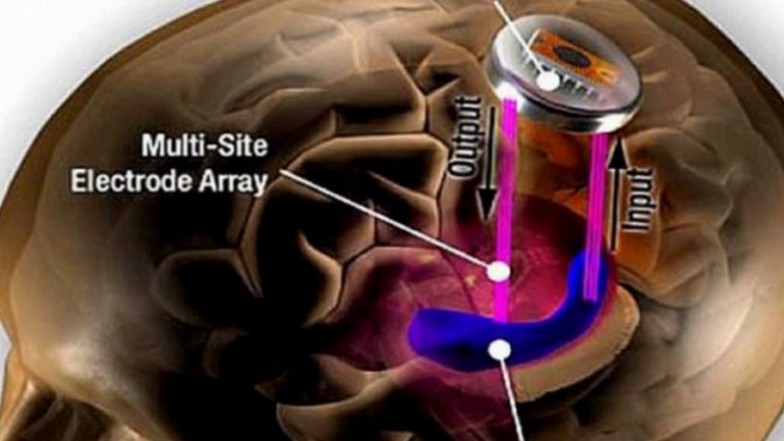 Neuromorphic engineering, also known as neuromorphic computing, is a concept developed by Carver Mead, in the late 1980s, describing the use of very-large-scale integration (VLSI) systems containing electronic analog circuits to mimic neuro-biological architectures present in the nervous system.In recent times the term neuromorphic has been used to describe analog, digital, and mixed-mode analog/digital VLSI and software systems that implement models of neural systems (for perception, motor control, or multisensory integration).

Neuromorphic engineering, also known as neuromorphic computing,[1][2][3] is a concept developed by Carver Mead,[citation needed] in the late 1980s, describing the use of very-large-scale integration (VLSI) systems containing electronic analog circuits to mimic neuro-biological architectures present in the nervous system. In recent times the term neuromorphic has been used to describe analog, digital, and mixed-mode analog/digital VLSI and software systems that implement models of neural systems (for perception, motor control, or multisensory integration). The implementation of neuromorphic computing on the hardware level can be realized by oxide-based memristors, threshold switches and transistors.[4][5]

Neuromorphic engineering is an interdisciplinary subject that takes inspiration from biology, physics, mathematics, computer science and electronic engineering to design artificial neural systems, such as vision systems, head-eye systems, auditory processors, and autonomous robots, whose physical architecture and design principles are based on those of biological nervous systems.[6]

Neurogrid, built by Brains in Silicon at Stanford University, is an example of hardware designed using neuromorphic engineering principles. The board is composed of 16 custom-designed chips, referred to as NeuroCores. Each NeuroCore’s analog circuitry is designed to emulate neural elements for 65536 neurons maximizing energy efficiency. The emulated neurons are connected using digital circuitry designed to maximize spiking throughput.[7][8]

As early as 2006, researchers at Georgia Tech published a field programmable neural array.[9] This chip was the first in a line of many increasingly complex arrays of floating gate transistors that allows programmability of charge on the gates of MOSFETs to model the channel-ion characteristics of neurons in the brain and was one of the first cases of a silicon programmable array of neurons.

In November 2011, a group of MIT researchers created a computer chip that mimics the analog, ion-based communication in a synapse between two neurons using 400 transistors and standard CMOS manufacturing techniques.[10][11]

In June 2012, Spintronic Researchers at Purdue presented a paper on design for a neuromorphic chip using lateral spin valves and memristors. They argue that the architecture they have designed works in a similar way to neurons and can therefore be used to test various ways of reproducing the brain’s processing ability. In addition, they are significantly more energy efficient than conventional chips.[12]

Research at HP Labs on Mott memristors has shown that while they can be non-volatile, the volatile behavior exhibited at temperatures significantly below the phase transition temperature can be exploited to fabricate a neuristor, a biologically-inspired device that mimics behavior found in neurons.[4] In September 2013 they presented models and simulations that show how the spiking behavior of these neuristors can be used to form the components required for a Turing machine.[13]

A research project with implications for neuromorphic engineering is the Human Brain Project, a 10 year collaboration that is attempting to simulate a complete human brain in a supercomputer using biological data. It is made up of a group of researchers in neuroscience, medicine, and computing.[14] Henry Markram, the project’s co-director, has stated that the project is proposing to establish a new foundation, to explore and understand the brain and its diseases, and to use that knowledge to build new computing technologies. The three primary goals of the project are to better understand how the pieces of the brain fit and work together, to understand how to objectively diagnose and treat brain diseases, and to use the understanding of the human brain to develop neuromorphic computers. The simulation of a complete human brain will take supercomputers a thousand times more powerful than today’s, and thus the focus on neuromorphic computers.[15] $1.3 billion has been allocated to the project by TheEuropean Commission.[16]

Another research project with implications for neuromorphic engineering is the BRAIN Initiative.[17]